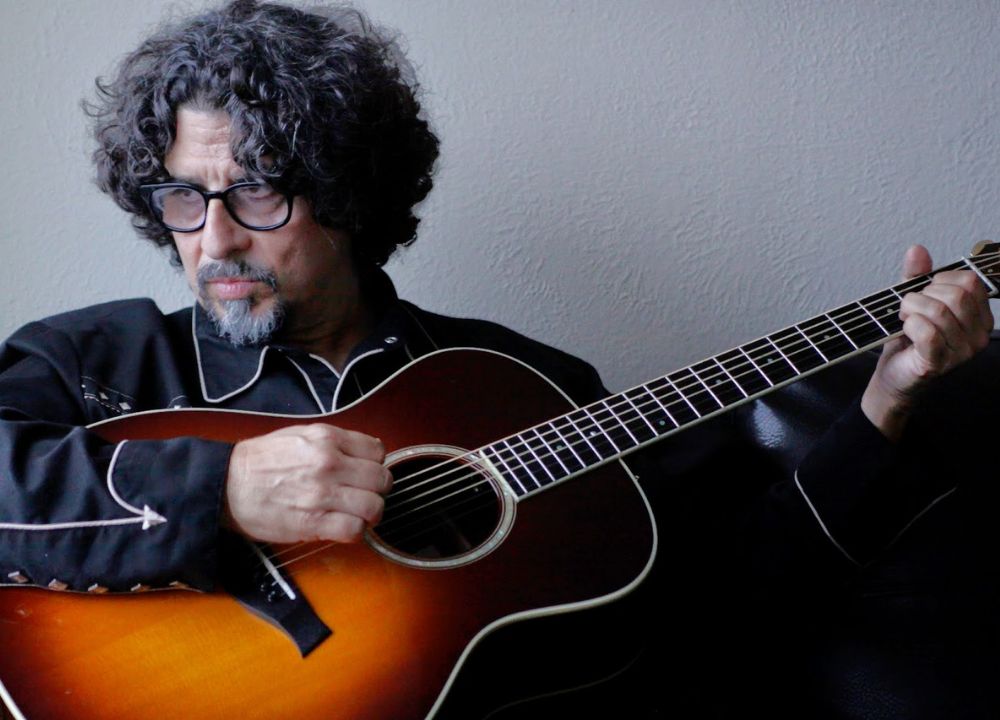 His former acoustic duo, Lowen & Navarro, released 13 albums, enjoyed widespread Triple A radio airplay and performed 1500 gigs before Eric Lowen’s retirement in 2009 and passing from ALS in 2012. Dan set out solo in 2007, and tours constantly.

During the 2020 Covid pandemic lockdown, Dan launched his “Songs From the CoronaZone” live stream series, running almost daily for five months, and ultimately doing over 250 2-hour+ live streams in 13 months, on a variety of platforms. Then he gave back, teaching others live stream techniques in workshops and several rounds of online songwriting classes dubbed “Songwriting and the Creative Muse”.

As a bilingual singer and voice actor, he sang in Oscar® winners Encanto (including the #1 hit “We Don’t Talk About Bruno”), Coco and Happy Feet, among many others. His songs have appeared in the films Deadpool 2, Pitch Perfect 2 and Talladega Nights, TV series This Is Us, and more.

Of his latest album, “Horizon Line,” No Depression Magazine says:

“Some albums are beautiful little gems, every facet glimmering with dazzling light; the lyrics shine, and the music shimmers. Horizon Line, Dan Navarro’s first album since 2019’s Shed My Skin, is one of those albums. Navarro writes, sings, and plays with such emotional intensity that every track moves us physically and emotionally.”