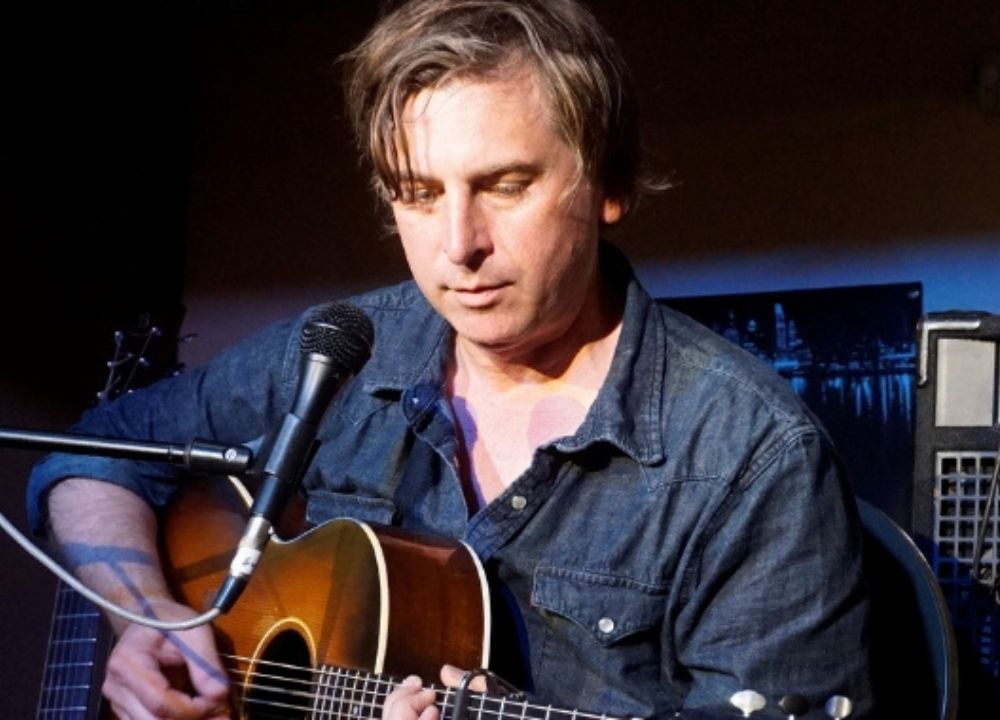 From the first strum of his 1948 Gibson, through stories of Polish farmers, Dylan Thomas, Taoist parables, ex-slaves and drunken roosters, you’ll be drawn in and deeply moved by Joe’s music and stories. He is literate and poignant, with a stage presence that will make you feel as if you’ve been friends for years.

He’ll  surprise you and awaken the cynics.   He’s plumbing for lyrical gold like a social archeologist.  His songs are universal, his rhythm infectious and in concert, he is funny as hell one moment and transcendent the next.

The audience was mesmerized by Joe’s first Indy Folk Series performance in 2013, and since then he has returned to performs solo in 2017 and twice as part of “The Good Bad Luckys” during our very popular Holiday shows.

Based in Ithaca, NY, he has headlined at the prestigious Kerrville Folk Festival, and tours regularly in the U.S. and Europe.