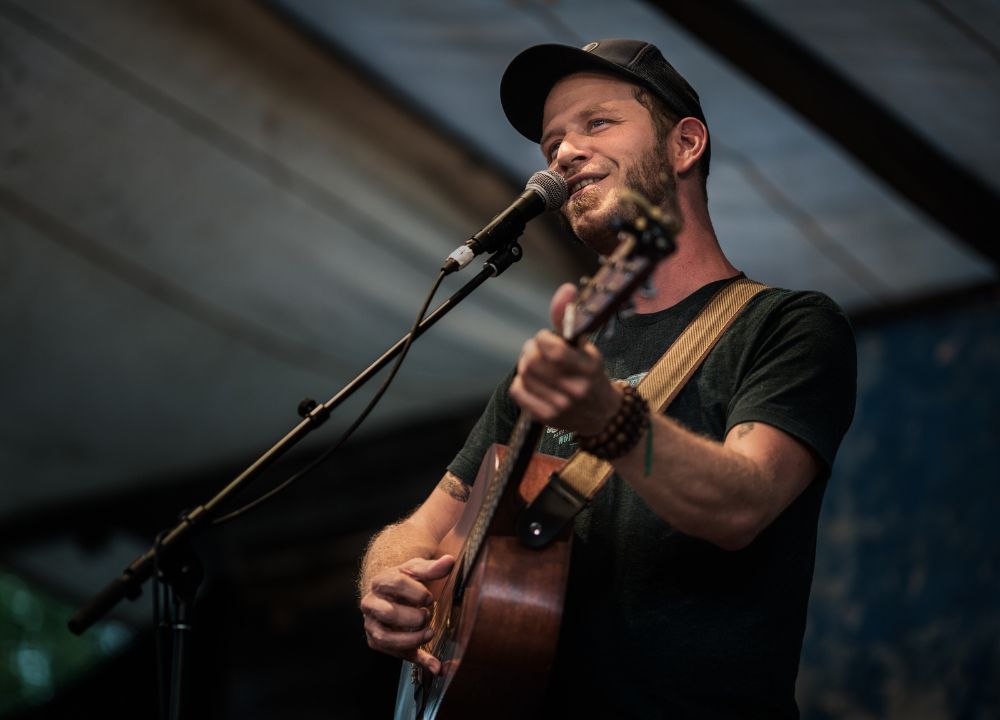 Based in Edmonton, Alberta, Scott Cook played the Indy Folk Series back in 2016, and were delighted to welcome him back!  A roots balladeer with a rare personal warmth, he is a tirelessly traveling songwriter with hear forever on sleeve. Road-work, painfully honest and deeply human, his straight-talking tunes weave together folk, roots, blues, soul and country with spacious fingerstyle guitar and clawhammer banjo arrangements.

In 2007, Albertan songwriter Scott Cook quit his job teaching kindergarten in Taiwan and moved into a minivan. He’s made his living as a troubadour ever since, touring almost incessantly across Canada, the US, Europe, Asia, Australia, New Zealand and elsewhere, averaging 150 shows and a dozen summer festivals a year, and releasing seven albums of plainspoken, keenly observant verse along the way.

His latest collection Tangle of Souls comes packaged in a cloth-bound, 240-page hardcover book of road stories and ruminations, equal parts introspection and insurrection. The album earned Scott his third Canadian Folk Music Award nomination, for English Songwriter of the Year. The single “Say Can You See” was the second most-played song of 2020 on Folk Alliance International’s folk radio charts, and took top honours for the folk category in both the 2020 UK Songwriting Competition and the 2020 Great American Song Contest.

In 2022 he’s touring the album all over North America, believing more than ever that songs can change your life, and your life can change the world.