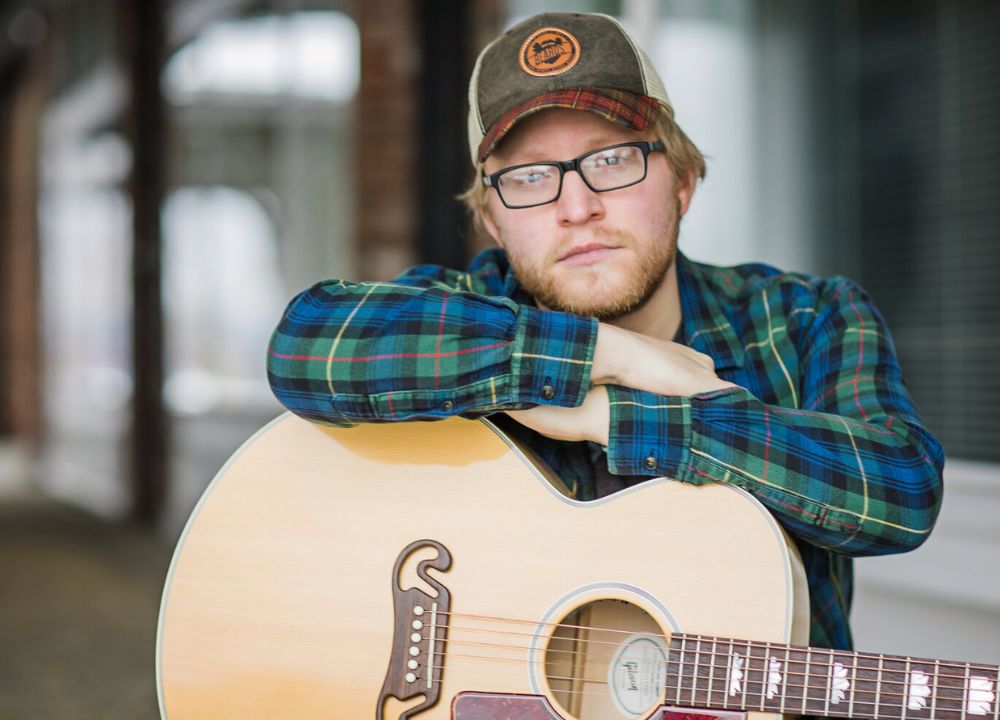 Northern Michigan singer-songwriter Sean Miller offers audiences a mix of rock, folk and country with his smooth vocals and a dash of 90s grunge.

Following the release of his debut album “Everywhere I Roam” in 2020. The album was deemed “…one begged to be performed live” by Local Spins and a “latest and greatest spin” by the Northern Express. Other publications praised both its live sound feel and lyricism reflecting on Miller’s life and personal stories.

2020 also gave Sean time to dive deeper into his songwriting and write enough songs to start working on his second album. A few of those songs, including his song “Dime a Dozen,” have garnered Sean some national attention.

Since then, “Dime a Dozen” has received streams from across the world and earned Sean a slot as a finalist in the Rocky Mountain Songwriting Competition.

Sean has performed at festivals and venues including Blissfest, Wheatland Music Festival (virtually), Earthworks Harvest Gathering, Great Indoor Folk Fest, FarmFest, the Two Way Street Coffee House, and more. He has also recorded a song with Katie Larson of The Accidentals and opened for acts including the Michigan Rattlers (Aug., 2022), Mark Lavengood, and Seth Bernard and has toured throughout the Midwest.